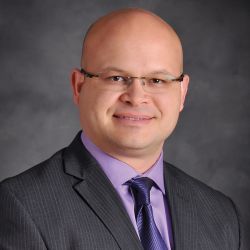 Armando Camacho was named president and CEO of Amherst H. Wilder Foundation in July 2020. Prior to this, he served as president and CEO of Opportunity Partners from 2014-2020, and president of Neighborhood House from 2008-2013. Previously held positions also include district administrator for the St. Paul Public School District and a principal for the Minneapolis Public School District. Armando graduated from St. Cloud State University with a bachelor’s degree in special education and he holds a master’s degree in education. In addition, he obtained K-12 principal, superintendent and director of community education licensures. He also earned a fundraising certificate and Mini MBA from University of St. Thomas. Armando was also among 30 Minnesota leaders chosen to serve on Governor Walz’s One Minnesota Transition Advisory Board.