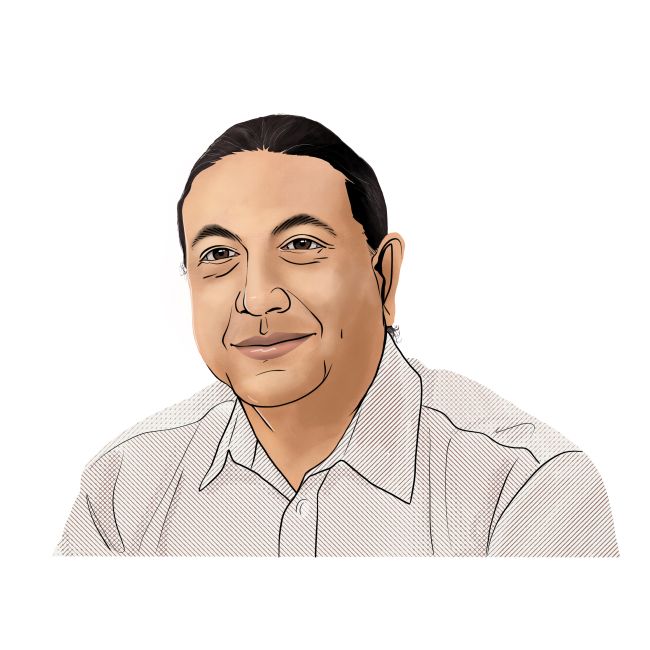 Cannon Ball, ND — David Archambault II (Standing Rock Sioux) has a vision of sustainability and self-determination for the people of Standing Rock. He wants to inspire his reservation with new business models and practices that reverse cycles of generational poverty and government dependence. He is influenced by his experiences as former chairman for the Standing Rock Sioux Tribe and owner of a business on his reservation. He believes the people of his Native nation can build their own homes, produce their own food and generate their own power, as their ancestors did for many generations. To advance his ideas and lead this necessary change, he will pursue greater knowledge of innovative systems for housing, food security and renewable energy production, building and modeling what he learns for the members of Standing Rock.

I am extremely grateful and appreciative of all that I was able to experience during my fellowship. It is unfortunate that there was a pandemic during my time. I thought I would have had more opportunities to explore and learn outside of the bubble I was forced to stay in.

My understanding of leadership at the beginning of the Fellowship was all about making decisions. Having the confidence to decide and feeling good about the decision. When you are forced to make a decision there will always be consequences good or bad.

Prior to the Fellowship, I was the Tribal Chairman of Standing Rock Tribal Nation. In that leadership role, I was put out front and center. During my term, in 2014, our Tribal Nation hosted the President of the United States.

It is with great honor to explore possibilities as a Bush Fellow. I was most excited to apply and I wondered if my plan was going to be good enough to be considered. I understood the chances were slim to none.