Cloquet, MN — In recognition of winning a 2013 Bush Prize for Community Innovation, this grant will advance this organization's charitable mission

The Cloquet Area Fire District is a unified fire, rescue and medical emergency service provider that works to enhance the safety and improve the quality of life within the communities it serves. The District accomplishes this through the redesign of local government services in order to provide higher levels of service in an economically sustainable and transparent manner.

Creativity and inclusivity have been at the core of the District's work since its inception. The creation of a new fire district began in 2006 when municipalities in Carlton County, Minnesota, came together to begin a conversation about shared city services. In 2008, the cities determined that an emergency services merger could benefit the region and brought the idea to residents whose feedback was open, honest and often times difficult. With enthusiasm from residents, the cities worked quickly during the 2010 legislative session to pass legislation to create the district, a process that required communicating and building relationships with various stakeholders with differing priorities.

The District has created a financially responsible, transparent, and a more efficient emergency service provider. Using a combination of paid-on-call and full-time staff, the District has improved its response capabilities which have had a positive impact on property insurance rates within its service area. The District has also established a formal public education program that includes fire safety kits and classes that were not previously available in the region. Through this program, the District works with Minnesota Safe Kids, the State Toward Zero Deaths roadway safety initiative, regional health care organizations, county health departments, and schools to meet specific community needs.

Government service redesign is no small task — especially when it involves the merging of three unique fire and emergency departments and the creation of a new tax code for the district. As a part of its regular planning process, the District engages in public, community-wide meetings to receive feedback on its services, long-term plans and education programs. The District truly is a community-based organization, with residents helping to shape its vision, including tribal members of the Fond Du Lac Band of Lake Superior Chippewa. The District received training from tribal citizens on cultural competency to ensure it works respectfully with Native communities during an emergency.

With an engaged community, strong leadership and an inclusive and bold vision for the region, the Cloquet Area Fire District has become a pioneer in Minnesota with an award-winning, replicable model and the potential for its work to change the landscape of rural emergency and service provision for the better. 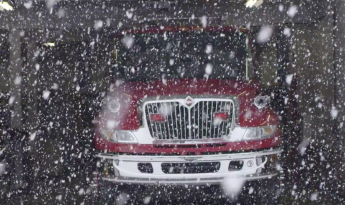 Learn how the Cloquet Area Fire District reformed local government services to improve safety and quality of life for its community.