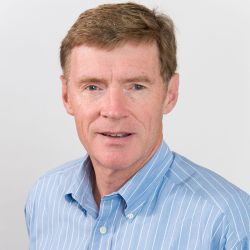 As the Chief Investment Officer, John manages the Foundation’s investments, working closely with the Board’s Investment Committee and outside advisors. He joined the Bush Foundation in 2008.

John spent 27 years at Piper Sandler Companies in several leadership capacities including head of mergers and acquisitions in the Investment Banking division and head of the Private Capital Group. John served as a trustee of the FB Heron Foundation from 2003 to 2021. He received a bachelor’s degree in mathematics from the University of Minnesota and received his MBA from the Stanford University Graduate School of Business.