"I experienced being a minority for the first time."

Sister Kathleen Bierne (BF’77) has never shied away from a challenge. As a teenager growing up in rural South Dakota, Bierne knew that attending college was an absolute must because of her interest in education. Despite the fact that her family didn’t have the means, she scraped together enough money selling chicken eggs and set off to earn a degree at South Dakota State University.

After a year at SDSU, she moved on to Presentation College for its two-year teaching degree. Steeped in Catholic tradition, Presentation College regularly welcomed sisters from local congregations to teach certain courses. The Catholic sisters offered Bierne such immeasurable mentorship that she decided to enter a life of devotion to her faith.

Shortly after graduating from Presentation College, Bierne led the parent education program at the Catholic Diocese of Sioux Falls. During her time there, she started a preschool, which ignited a lifelong passion for working with parents. She soon realized she would need to learn more if she was going to fully commit herself to this work.

Bierne used her 1977 Bush Fellowship to attend an intensive course in parent education and child development at Brigham Young University (BYU), which possessed one of the leading programs in the field at the time.

Here she was, a Catholic sister about to enter a primarily Mormon community at the university named for one of the most prominent leaders of the Church of Jesus Christ of Latter-Day Saints. Indeed, the Fellowship thrust her well beyond what was familiar — an experience Bierne now finds invaluable.

“The most important and long-term experience was being inserted into another culture,” she explains. “Going to Brigham Young, I was a Catholic sister in a Mormon environment. I was the minority. I experienced being a minority for the first time, and it was very formative for me.”

After completing the program at BYU, Bierne brought her new levels of expertise to the Archdiocese of St. Paul, the Roman Catholic Diocese of Rapid City, the Catholic Diocese of Sioux Falls and other organizations in the region over the next 15 years. She influenced many people during five-year stints at each location, sharing her insights on child development and rearing.

Bierne has also remained active with Presentation Sisters throughout her entire career, working on social justice campaigns and organizing a volunteer group from the community. “I find the interaction between others who are trying to work for the common good very inspiring,” she explains. Most recently, she lobbied with a fellow sister in Pierre, S.D., to address legislation that would negatively impact people experiencing poverty.

Bierne has accomplished much over the course of her 58 years with Presentation Sisters. And in some ways she sees the Bush Foundation as the catalyst for that work. “When I look back on my experience with the Bush Fellowship,” she reminisces, “it was the impetus that helped me step out of my comfort zone.” 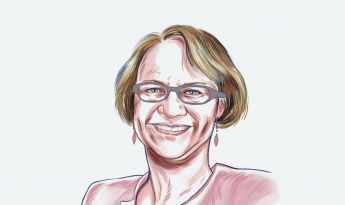 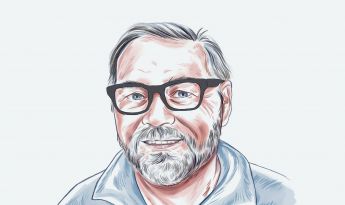 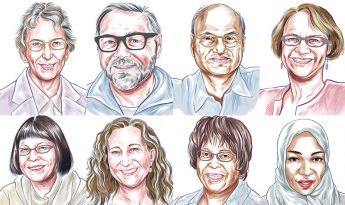