One of the more striking aspects of the Karen Chemical Dependency Collaboration — beyond creating culturally relevant approaches to treating chemical dependency — is the integral role of law enforcement. The Maplewood Police Department is a key partner in the collaborative, and Commander Dave Kvam, who has served in Maplewood for over 25 years, attends many of the meetings.

We asked Commander Kvam to explain how and why the department is actively involved in the Karen Chemical Dependency Collaboration (KCDC):

My logic for participating can be summed up with the old maxim, “an ounce of prevention is worth a pound of cure.” Just as in medicine, and perhaps even more so within policing, it is much easier and more effective to prevent problems than it is to try to solve them after harm has been done.

I claim no formal expertise in chemical dependency, though years of policing has taught me a thing or two. I absolutely recognize that chemical dependency issues, while not the singular cause of crime and disorder, exacerbates many such problems.

On a broader level, lack of knowledge sometimes leads to unintentional breaking of laws, or health and safety, and other code violations. Isolation can lead to the formation of youth gangs, and similar problems.

Growing connections within the Karen community may help them more quickly assimilate and grow their level of understanding and independence.

How did you first meet Dr. Sniffen?

I was introduced to Dr. Sniffen between two and three years ago when she contacted the police department with a question about how the transport of a mentally ill Karen patient was handled.

Dr. Sniffen invited me to one of the patient advisory meetings at the Roselawn Clinic. From that, she invited me to participate in what has become the Karen Chemical Dependency Collaboration. The rest, you might say, is history.

As you’ve worked in the Karen community, what are some of the key lessons you’ve learned?

One example might be when our officers were called about a Karen patient who needed transport for a psychological evaluation. In addition to other problems, the patient likely had post-traumatic stress as a result of prior experiences.

Our officers handcuffed the patient prior to transport. Dr. Sniffen worried that being handcuffed and seated in the back of a police car (resembling, in its own way, a jail cell) could cause the patient additional psychological stress.

While our officers need to take reasonable safety precautions, the more understanding they have about the Karen, the more mindful they’ll be as to how prior experiences could affect interactions with police. Conversely, it is also important that the Karen (in this case, but the logic also applies to the larger community) understand why police officers do what it is they do. The more connections and understanding each has of the other, the better it is for everyone.

How does it feel to be the only person in law enforcement involved in the KCDC project?

Dr. Sniffen has been welcoming to everyone interested in participating in the collaboration. I stand out from the other participants because I’m the only law enforcement representative. It is probably also fair to say that I see some of the challenges from a different paradigm than the average chemical dependency counselor, social worker, etc. Still, Shana has been very receptive to my ideas and has proven to be as much of a resource to me as I am to her.

Do you believe that the work you have done with the community is helping significantly?

From the public safety side, it is too early to claim victory, and I could not point to statistics, but I do think involvement in the collaboration has opened some connections among the Karen community which have been helpful, and I hope will become more so in the future.

For example, the first Karen graduates of an alcohol treatment program were recognized in a ceremony, and I was asked to be present and say a few words. As more inroads like this are made it is reasonable to project we will see fewer social problems linked with alcohol use; for example, domestic violence and impaired driving.

My role in the project is about making connections, building relationships and education, which is a long-term strategy. It is my hope those connections will allow us to gain an audience with Karen immigrants in order to help educate them about public safety.

From your point of view as a member of law enforcement, what are the next steps forward for KCDC?

We are trying to broaden our opportunities to interact with Karen residents, both simply to establish trust, but also to educate and inform about public safety concerns we are seeing. For example, we’ve seen health and safety code violations that can be harmful to the occupants of a particular home and to neighbors.

I could also see value in basic civics instruction involving new immigrants, which could include topics such as the legal system, laws and ordinances, and community norms and expectations. Even some basic instruction on the structure of the United States (divisions of power, constitutional principles, etc.) would be valuable for new arrivals. It is my opinion that sort of thing should be part of lawful immigration, but it seems not to be. 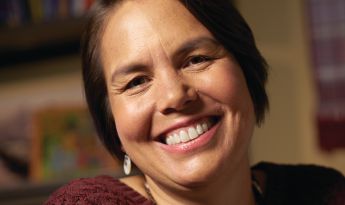 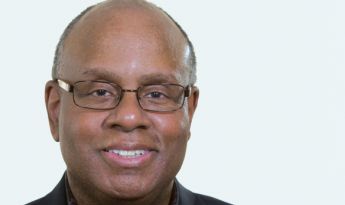 How a background in narrative medicine helped tell the story "Different Ways of Knowing."