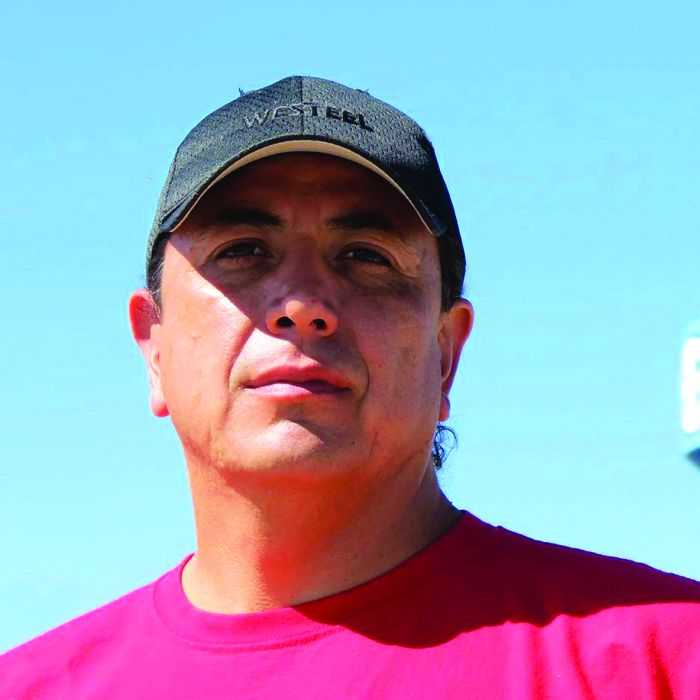 As the new chairman of the Standing Rock Sioux Tribe, Dave Archambault II (above) is among a number of Native Nation Rebuilders to be elected to a tribal council position in the last few years.

Archambault was part of the inaugural cohort of Rebuilders, selected in 2010. Two other Rebuilders from Cohort 1 have also since won a place on tribal council. The Lower Brule Sioux Tribe re-elected Boyd Gourneau (Cohort 1) as vice-chairman in 2012. And LeRoy Staples Fairbanks III (Rebuilders Cohort 1) won election in 2012 as the District 3 representative to tribal council of the Leech Lake Band of Ojibwe. In talking about his experience as a Rebuilder, Fairbanks (below) said that it had “opened my eyes to so many different things about what other tribes are doing and some of the successes that they’re having.

The Cheyenne River Sioux Tribe has two Rebuilders, both from Cohort 3, serving on tribal council. Wayne Duchenaux II was appointed vice-chairman after winning election in 2012 as the District 4 representative. Ryman LeBeau is the representative from District 5, re-elected to his second term in 2012.

And David Tiessen Jr. (Fond du Lac Band of Lake Superior Chippewa) was elected to tribal council to represent the Sawyer District in February 2013, and subsequently named a Cohort 5 Rebuilder in February 2014.

Chairman Archambault told a reporter from KXMB-TV (Bismarck) who covered his inauguration, “This is my home. And if there’s something that you can do to improve your home, then I don’t think you can sit back and watch anymore. You have to try to do something to make a difference. And this was just something that I thought I can do.”

This sentiment is echoed by those who apply each year to the Native Nation Rebuilders Program, whether their future vision includes running for tribal office or serving their Native nations in myriad other ways—by running a tribal program, educating youth, preserving culture, improving health care outcomes, managing a nonprofit or providing economic development.

Learn more about the Rebuilders program