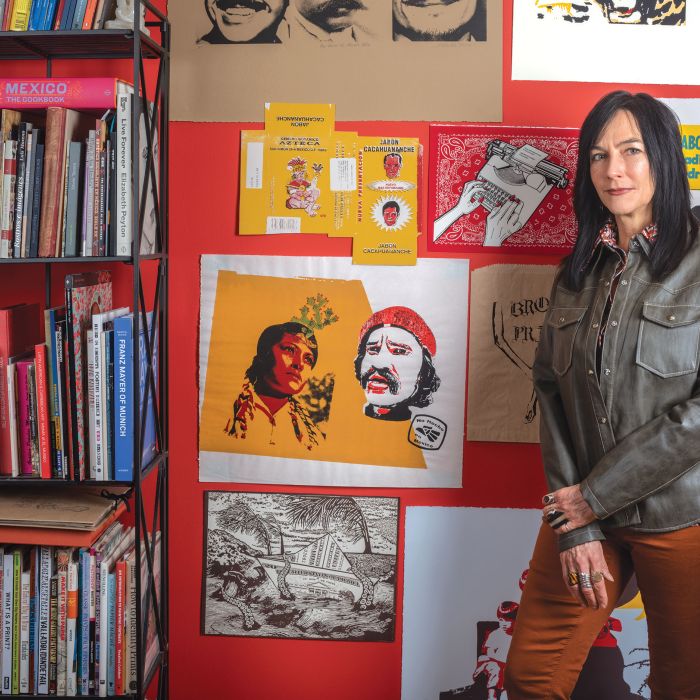 Raised in Minnesota and Mexico, Maria Cristina “Tina” Tavera (BF’05) is a bicultural artist always on the move. As a result, she can turn any space into her creative hub: her car, her table at the coffee shop, even her airplane seat.

A resident of Minneapolis’ historically artist-activist Powderhorn neighborhood, Tavera is deeply influenced by the places and spaces of her worldwide community. As a curator, installation artist and screen print artist, Tavera has had her work exhibited from Fargo to San Juan, Duluth to Mexico City. She and her artist-photographer husband, Xavier Tavera, adore traveling and the inspiration a global perspective brings. 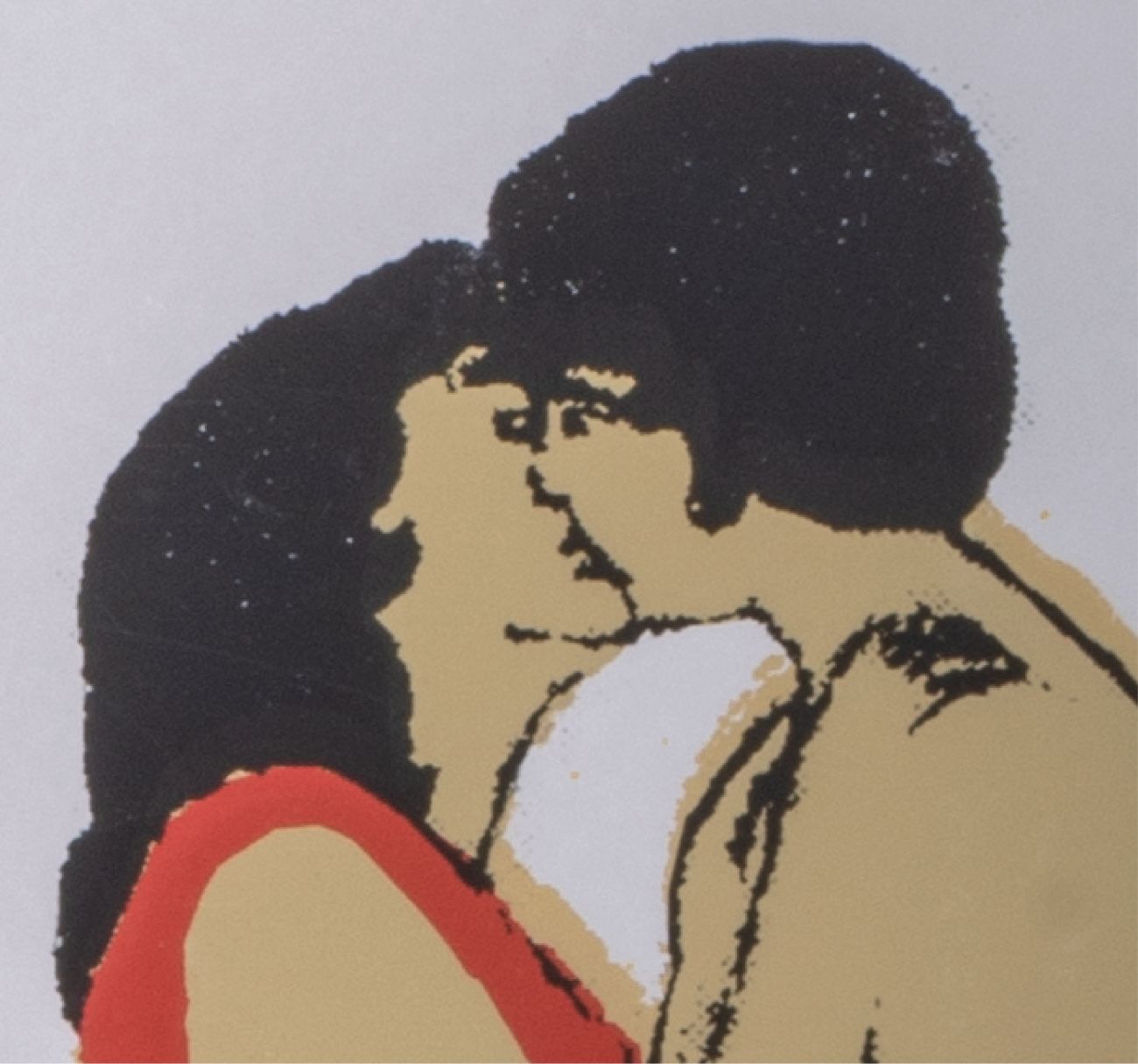 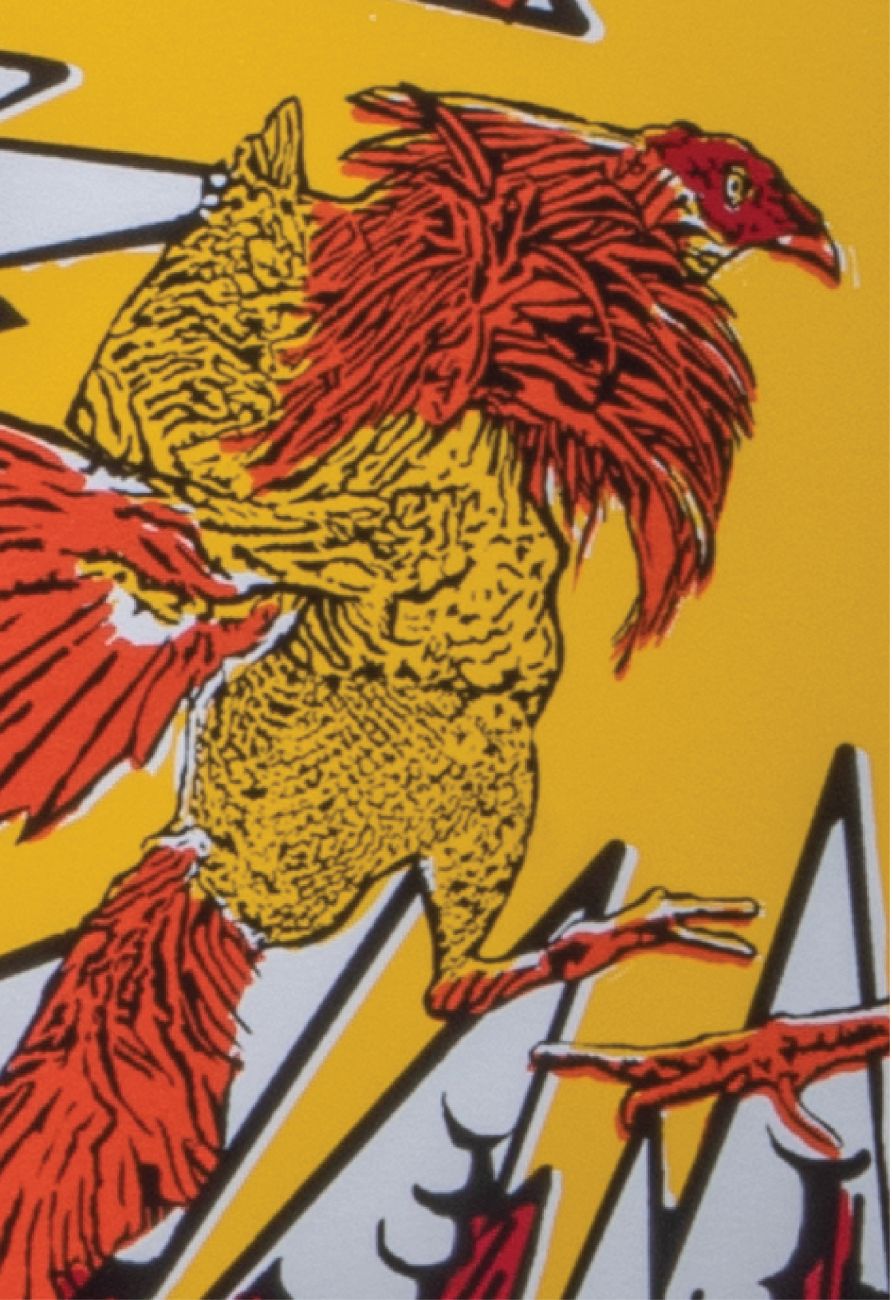 “Traveling, getting outside your comfort zone, makes it easier to notice differences,” Tavera says. “Especially speaking two languages, you start to notice what’s said and how it’s said.”

Particularly in her screen printing work, Tavera often explores how people, especially Latinx immigrants, are seen and how they want to be seen. Screen printing is Tavera’s medium of choice because of the artwork’s long history as a tool to spread ideas to the masses. Her images hone in on iconography — physical traits, symbols and paraphernalia — that tie to Latinx ethnicity, analyzing the roots of culture and place. Tavera said she hopes prints like hers “make it possible to have a conversation” about difficult topics when people don’t always have the words. 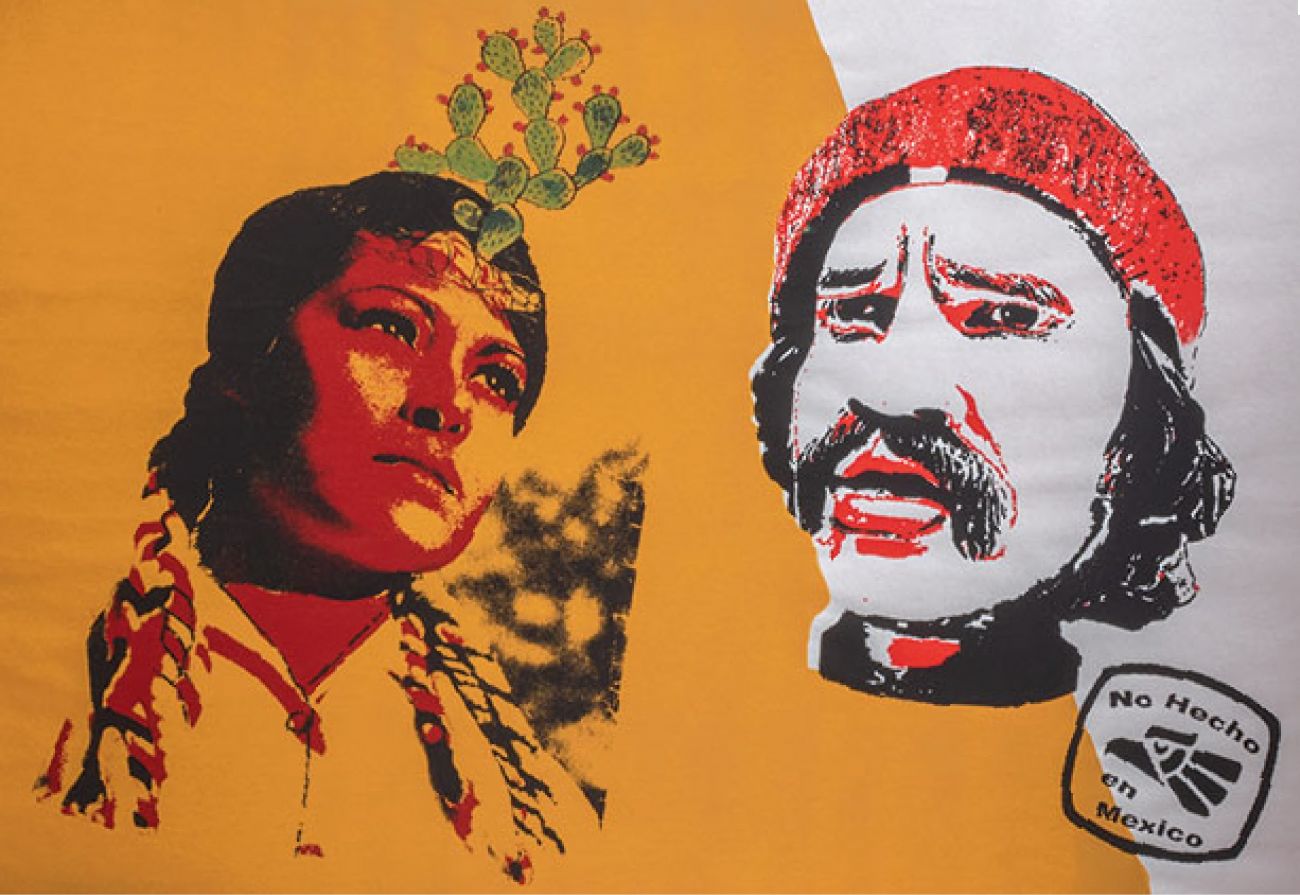 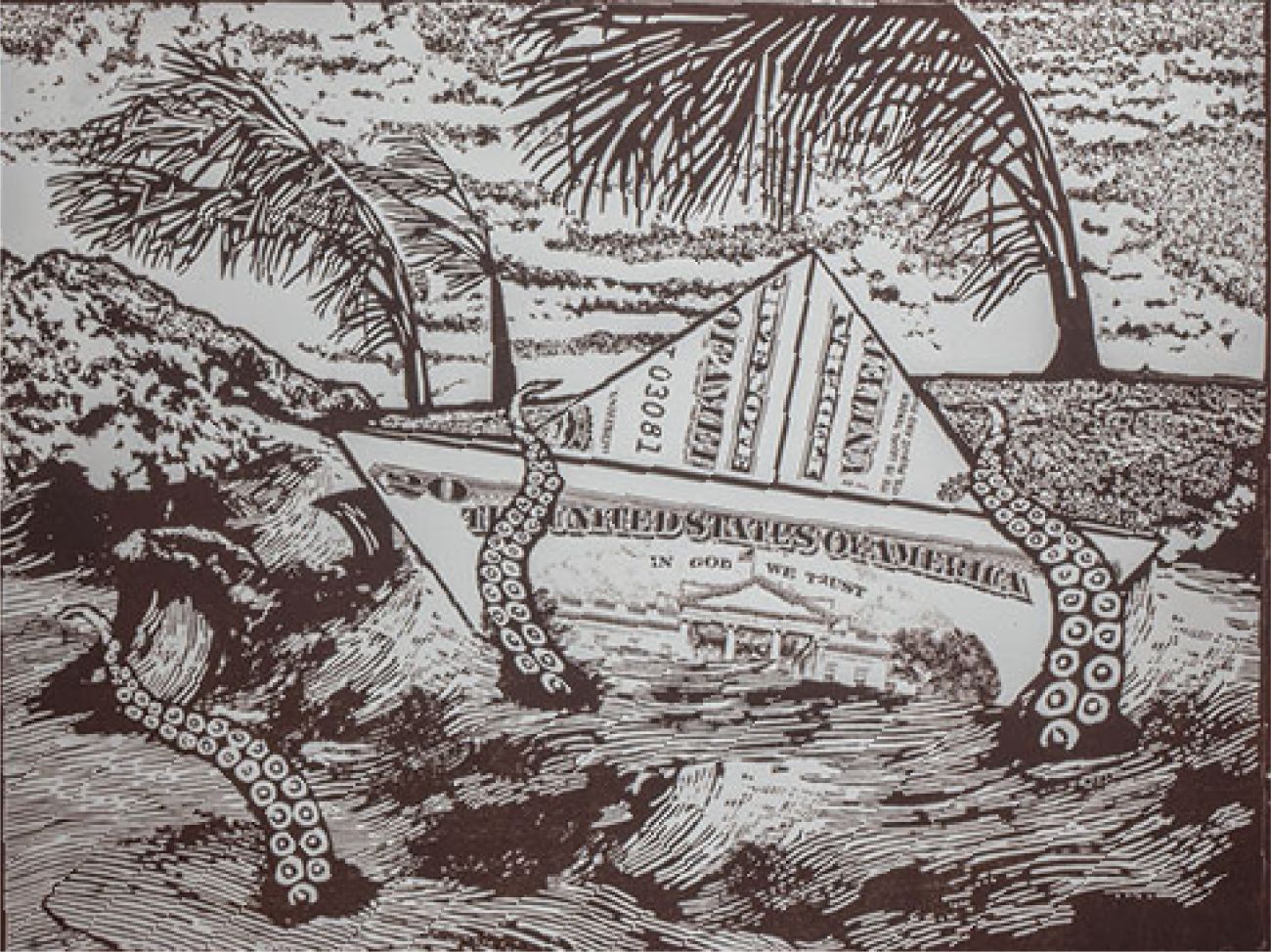 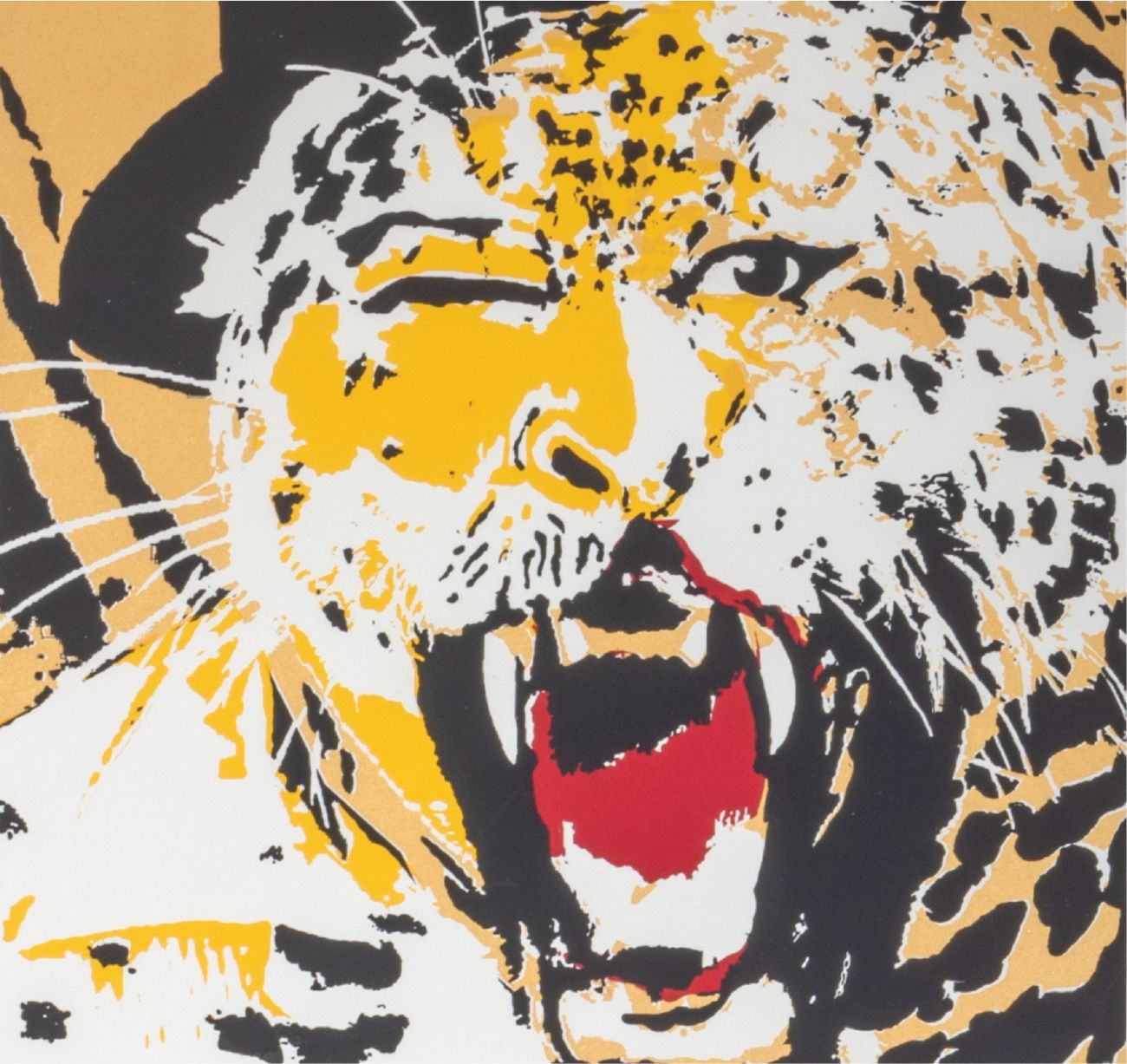 When Tavera is not “obsessing over her next creative idea,” as she puts it, she is the McNair Scholars program director for Augsburg’s TRIO program, which seeks to increase graduate students from historically marginalized communities, such as first-generation college students and immigrants. Tavera calls this role the work of her intellectual scholarship, rather than her creative artistic work. But just as her Bush Fellowship was used to both obtain a master’s in public affairs at the University of Minnesota and to pursue a self-directed program on visual arts and museum studies, her two roles as educator and artist are intrinsically intertwined.

Tavera’s artistic work articulates the American immigrant experience of having a foot in two worlds, which is the experience of many of her students at Augsburg. Tavera’s vibrant screen print “Escribes Con Tus Uñas o Con Tu Corazón?” (Do You Write With Your Nails or With Your Heart?) is one example. It depicts a pair of well-manicured hands, often a point of pride and self-care among working class women of color, furiously typing on a typewriter. The piece exemplifies the urgency of women of color speaking out. Shortly after creating the piece, back in her role as an educator, Tavera and TRIO students presented research at an academic conference. All of the young women she presented with had impressive manicures.

“It was one of those ‘art imitates life, life imitates art’ moments,” Tavera says. And it confirmed that being in two professional and cultural worlds is exactly where she needs to be. 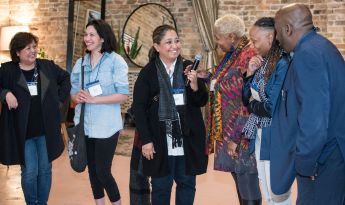 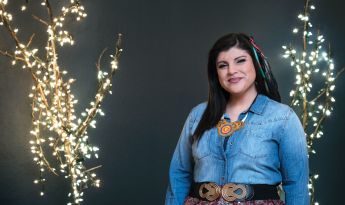 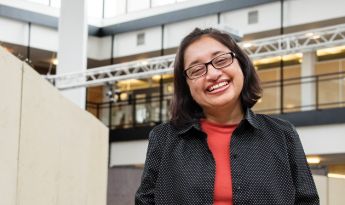 Learn where Malini Srivastava (BF’14) rekindles her inspiration and drive.