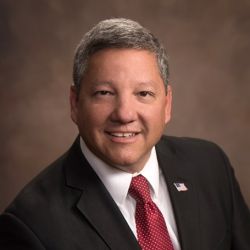 President and CEO of the John T. Vucurevich Foundation

Alan is president and CEO of the John T. Vucurevich Foundation, which is based in Western South Dakota and is one of the largest private foundations in the region. Before joining the Vucurevich Foundation in 2019, Alan spent 26 years at Behavior Management Systems (BMS), a Bush Prize-winning provider of mental health services. During his last 12 years at BMS he served as CEO.

A former South Dakota state senator, Alan served for six years and filled leadership roles such as chair of the Education Committee, Interim Rules Review Committee and various legislative summer studies, and was a member of the Health and Human Services and Transportation committees. He also worked on a number of state task forces and nonprofit boards related to mental health, substance abuse and justice system reforms.