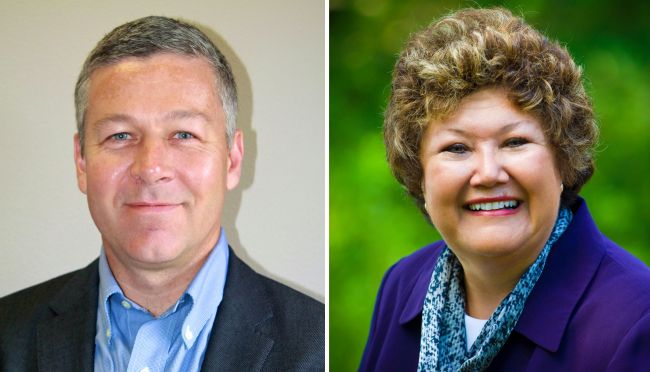 Kathy Annette is the president of the Blandin Foundation. A lifelong resident of rural Minnesota, Kathy grew up on the Red Lake Indian Reservation and is enrolled with the White Earth Band of Ojibwe. She is the first woman in Ojibwe Nation to become a physician, earning both her undergraduate and medical degrees from the University of Minnesota. Kathy joined the Blandin Foundation following 26 years of distinguished service with the federal government. She served as deputy director of field operation of Indian Health Services, based in Bemidji, Minnesota, and was awarded Presidential Meritorious Awards and a Presidential Distinguished Service Award of the U. S. Government. Kathy is a member of the Northwest Minnesota Women’s Hall of Fame at Bemidji State University and was the first woman inducted into the Academy of Science and Engineering at the University of Minnesota, Duluth.

Paul Batcheller is a partner and co-founder of PrairieGold Venture Partners, a venture capital firm based in Sioux Falls, South Dakota. Paul oversees all aspects of the firm’s investment activities, from sourcing, structuring and negotiating investments to serving as a board member for portfolio companies. He also leads PrairieGold's Greentech investment initiative and serves on the boards of tenKsolar, ZeaChem and Agrivida. Paul is also actively involved in a number of non-profit, professional and community organizations, including the South Dakota Research and Commercialization Council, Dakota Resources, Falls Foundry, and the South Dakota Biotech Association. Prior to forming PrairieGold Venture Partners, Paul served as an advisor to former U.S. Senate Majority Leader Tom Daschle, focused on economic policy, science and technology issues. He earned his B.A. in economics from Macalester College.