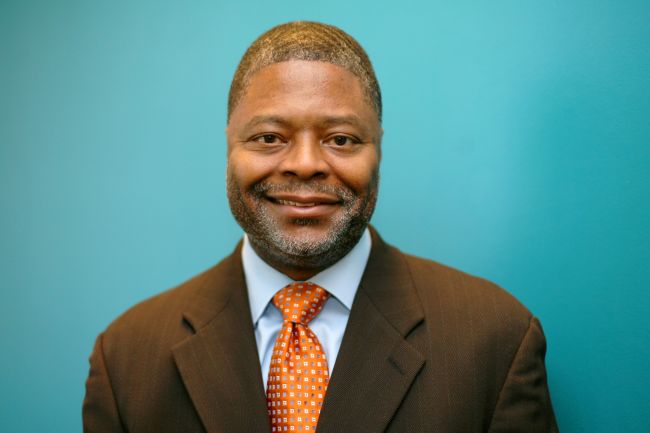 Duchesne Drew, Managing Editor for Operations at the Minneapolis Star Tribune, will join the Bush Foundation as its Community Network Vice President. Drew will lead the Leadership Programs, Community Innovation, and Communications teams that are responsible for some of the Foundation’s most visible programs, including the Bush Fellowship, the Bush Prize for Community Innovation, and bushCONNECT. He will also oversee the Foundation’s effort to build stronger leadership networks across Minnesota, North Dakota, South Dakota, and the 23 Native nations that share the same geography.

"We are excited to have Duchesne help us make sure all our investments in organizations and people have an impact greater than the sum of their parts. His record of accomplishment, both as a journalist and a manager, coupled with his commitment to the community, make him the ideal person for this role. I could not be more excited to welcome Duchesne to the Bush Foundation,” said Bush Foundation President Jennifer Ford Reedy.

"I am thrilled and humbled to join the team at the Bush Foundation. The opportunity to work on such a wide range of important issues with the creative, intellectual and financial resources that Bush and its partners possess is incredible. I am excited to use the skills and insights I've developed over the last 20 years as a journalist in this region to help drive positive changes in my adopted home," Drew said.

Drew joined the Star Tribune as a summer intern in 1993. He held a number of leadership roles in the newsroom, including business editor and Assistant Managing Editor for Local News, before he was named Managing Editor for Operations in 2009. As a Managing Editor, Drew leads a diverse group of teams essential to the production of Minnesota’s largest newspaper, including the copy desk, features staff, training and recruitment, newsroom technology, and community outreach. He also serves as the liaison between the newsroom and the paper’s circulation, production and advertising departments.

In addition, Drew is president of the Minnesota chapter of the National Association of Black Journalists and chairs the advisory board of ThreeSixty, a local program that exposes teens to careers in journalism. He is a member of the Minnesota Coalition on Government Information and a 2009 McCormick Media Fellow. Drew earned a bachelor's degree from Columbia University, where he majored in history, and a master's degree in journalism from Northwestern University. He is married to Angela Davis, an anchor/reporter at WCCO-TV in Minneapolis. They live in Saint Paul, MN and have two children in middle school.